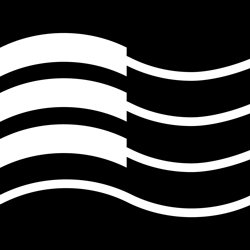 The American Pianists Awards is the premiere piano competition for American pianists ages 18–30. Through its competitions, the American Pianists Association (APA) aims to discover, promote, and advance the careers of young, American, world-class jazz and classical pianists. Each competition produces five finalists from whom one winner emerges. The winner’s prize package is valued more than $200,000, including $50,000 cash. The other finalists will each receive $25,000 cash.

The biennial American Pianists Awards alternates between jazz and classical: The 2023 Awards will be a jazz competition. The next classical competition will conclude in 2025. The following timeline is for the 2023 jazz competition:

DECEMBER 2021: APA invites nominated pianists to submit recordings, along with proof of age and citizenship. ONLY NOMINATED PIANISTS WILL BE CONSIDERED FOR THE AMERICAN PIANISTS AWARDS.

FEBRUARY 9, 2022: Applications close. Applications must be submitted via Acceptd by this deadline in order to be considered.

MARCH 2022: A five-member jury will meet to select five finalists from the applicants via blind audition. Once selected, the finalists will be informed, followed by a media announcement of the finalists who will compete in the live part of the competition the following fall.

MAY 25, 2022: Five finalists are introduced to the media at an unadjudicated concert at Dizzy's Club at Jazz at Lincoln Center in New York.

PREMIERE SERIES, SEPTEMBER 2022 – FEBRUARY 2023: Each of the five finalists appear separately in Indianapolis for two adjudicated sets at The Jazz Kitchen, plus a three-day residency with a local high school and other outreach activities. The adjudicated sets feature two sidemen and is adjudicated by a panel of three judges who vote after the final Premiere Series concert. A three-member jury attends all five concerts and votes after the fifth.


DISCOVERY WEEK, APRIL 17 - 22, 2023: All five finalists return to Indianapolis for a series of concerts. A five-member jury votes at the end of the Gala Finals

For questions about the American Pianists Awards, contact Milner Fuller, Artistic Administrator, at 317.940.8445 or milner@americanpianists.org