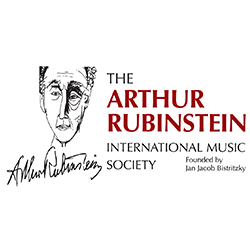 We are pleased to present the 17th Arthur Rubinstein International Piano Master Competition, to be held in March 2023, in Tel Aviv, Israel.

Named after one of the 20th century’s greatest pianists, the Rubinstein Competition is a wonderful tradition going back 48 years, and it is considered one of the leading and most influential piano competitions in the world.

The Competition’s Jury members are leading musicians and pedagogues from around the world. They aim to discover not only technical ability and excellence but, inspired by Rubinstein’s own musical personality, pianists whose music lies deep in their soul – pianists who can touch the audience with their playing.

The Rubinstein competition is a celebration for lovers of music in general and piano in particular. For three weeks, Tel Aviv rejoices with audience who come from around the country and from abroad. The last Competition was held in 2021, under the unusual circumstances of the Covid-19 pandemic. And yet, participants got the opportunity to perform, play music and express theirselves. Finalists performed in front of a live audience in Tel Aviv and experienced at least some of the Rubinstein Competition festive atmosphere.

In 2023 we wish to return to our traditional format of live performances, with crowded halls and a festive atmosphere, from Stage 1 to the Finals.
I invite you to be a part of this celebration and continue the legacy of Rubinstein’s renowned winners, such as Emanuel Ax, Gerhard Oppitz, Angela Cheng, Alexander Korsantia, Kirill Gerstein, Alexander Gavrylyuk, Igor Levit, Khatia Buniatishvili, Boris Giltburg, Daniil Trifonov and the most recent winner, Juan Pérez Floristán.

Good luck to all the young and talented pianists applying to the Competition!

I look forward to having you with us in March 2023.