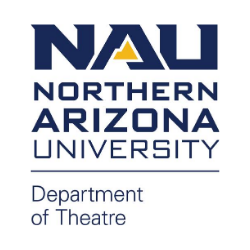 I would like to personally invite you to study theatre at Northern Arizona University. NAU Theatre is a special place. We are known for our collaborative, inclusive and hands-on approach to theatre. We study theatre as an integral part of a liberal arts education; seeking to provide students the broadest possible understanding of the art and craft of theatre through the creative, critical, and applied practice of theatre. We believe that through performance and production our students learn best.

When you study Theatre at NAU you have a choice of a Bachelor of Arts, or a Bachelor of Science in three emphasis areas: (Theatre Design and Technology, Performance, or Theatre Studies). Our students also seek minors in other areas that enhance their degree progress. Some of our students have minored in Visual Art, Studio Arts, Psychology, Business, Arts Management, History, English, Math and other disciplines. We even have students who double major, and do it in four years! For more information regarding entry into these programs, please visit us here.

We have many scholarships available including four Blue Chip Scholarships which honor the talent of a student not from Arizona. The Blue Chip provides the Theatre Major with four full years of out-of-state tuition in any of our emphasis areas (Theatre Design and Technology, Performance, or Theatre Studies). The recipient must maintain a competitive 3.0 grade point average and remain a Theatre major. In addition to the Blue Chip Scholarship program, we have tuition scholarships for in-state as well as out-of-state students, and also cash awards. Each year we award nearly one hundred and forty thousand dollars in scholarships and waivers.

Our mainstage season is a diverse and dynamic offering of plays. We produce a wide variety of genre including musical theatre (Spring Awakening, 2013, The 25th Annual Putnam County Spelling Bee, 2011) to absurdist plays (The Lesson and The Bald Soprano, 2010), to Shakespeare (Romeo and Juliet, 2012, Macbeth, 2010, Twelfth Night, 2009), classics (The Servant of Two Masters,2011,  The Miser, 2008), to new plays (...on New Beginnings, 2013, Dead Man’s Cell Phone, 2013, The Last Days of Judas Iscariot, 2011) to important works on the 20th century (Equus, 2011). We have summer opportunities with our Peaks Theatre Fest, or you may decide to do internships as many of our students have; like The Utah Shakespearean Festival, PCPA Theatre Fest, New Jersey Shakes, and many more. Perhaps you might like to study Theatre abroad in Ireland, Paris, or Bali? NAU Theatre has a lot to offer!

NAU is situated in one of the most beautiful places on earth - the Coconino National Forest at the foot of the San Francisco Peaks. At seven thousand feet in elevation, we have four seasons and plenty of outdoor activities (skiing, snowshoeing, hiking, biking, boating). NAU Theatre is one of the premiere cultural providers in the Northern Arizona Region.

NAU Theatre is truly a special place to study, and I invite you to join us on the Mountain campus for the next step in your theatre education!