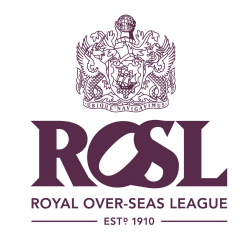 As with 2022, the ROSL Annual Music Competition is now open to nationalities beyond the Commonwealth. The ROSL solo prizes are now open to musicians from the USA, all EU and EEA countries and Switzerland, as well as all current and former Commonwealth countries.

For further information on individual sections, go into the Start an Application section to the left and select the section.

We recommend that you leave plenty of time before the deadline for uploading videos - upload speeds are much slower than download for most internet connections!

The overall competition is made up of the following sections:

The winners of the four solo prizes compete for the Competition Gold Medal and First Prize.

The solo awards are open to citizens of the UK, Commonwealth and former Commonwealth Countries, the U.S.A, all EU and EEA countries and Switzerland, for instrumentalists and singers between the ages of 18 and 30 as at 14th June 2023.

The ROSL String Ensembles Prize is for strings (duos with harp or guitar only, not instrument+piano), strings and piano, or piano duo/duet

The ROSL Mixed Ensembles Prize is for wind, percussion, vocal or mixed ensembles (no duos of instrument/voice+piano).

The competition has a modest fund to assist with travel expenses and accommodation for those travelling into the UK for any live rounds.

The ROSL offers many performance opportunities to prizewinners after the competition at major venues such as Wigmore Hall in London and has established relationships with many UK festivals including  Brighton, Buxton, Lichfield, Kings Lynn, Lake District Summer Music, and North Norfolk. ROSL's award-winning series of chamber music concerts in Edinburgh is a well established fixture of the Edinburgh Festival Fringe. In recent years ROSL ARTS has organised concerts and tours for prizewinners in Australia, Canada, Malta, New Zealand, Singapore, Sri Lanka, Antigua and Zimbabwe.


In addition to the prizes listed above, ROSL has a fund of up to £18,000 for awards for specific categories including non-UK Commonwealth musicians, particular instruments and for young musicians of exceptional promise.
Additional prizes that are regularly awarded include the Philip Jones Brass Prize and the Yorke Trust Double Bass Prize.

Gold Medal Scholarship
Following a generous legacy received in memory of Mani Bhumgara, the Gold Medal winner will also receive a £5,000 scholarship, administered and mentored by ROSL ARTS, to be spent flexibly on projects which will help support and build their career.

Overseas Awards
The Overseas Awards showcase non-UK Commonwealth musicians from all stages of the competition (including the first stage video round) who have shown exceptional promise. Musicians will be invited to perform at this special evening on the 28th March 2023, where various prizes are available, including the ROSL Overseas Award.

Eligibility
The 2023 competition is open to citizens of the UK, Commonwealth and former Commonwealth Countries, the U.S.A, all EU and EEA countries and Switzerland, for instrumentalists and singers between the ages of 18 and 30 as at 14 June 2023. You must have citizenship at the time of application.

For ensembles, at least half the members of a group must be between the ages of 18 and 30, and the average age of the group must also be 30 or under.

Collaborative pianists
Duo pianists are not provided for the semi-final and final rounds, but can be recommended. Duo piano partners may be of any age or nationality; however only those who are from the UK, Commonwealth and former Commonwealth Countries, the U.S.A, all EU and EEA countries and Switzerland, between the ages of 18 and 30 as at 14 June 2023 will be considered for the Collaborative Piano prize. Entry for this award is via the application of a solo prize candidate.

Competition Rules
The ROSL Artistic Director's decision to accept or refuse any entry is final. The decision of the Adjudicating Panel is final and no correspondence will be entered into. The Adjudicators reserve the right to withhold any prize should the required standard not be attained.

Candidates must have relevant nationality at the time of entering the competition.

The ROSL Artistic Director reserves the right to allow any stage of the Annual Music Competition to be recorded, broadcast or televised. Any resulting material from this remains the property of ROSL and cannot be repurposed elsewhere.

We will not communicate through third parties - each candidate must have their own direct email address and contact details.

Page turners are not provided at any stage of the competition.

Candidates must be available for all relevant audition dates, including the Overseas Awards evening on 28 March 2022 for non-UK Commonwealth competitors and the Gold Medal Final at Wigmore Hall on 14 June 2023.

Once a candidate has been accepted by the Annual Music Competition, alteration to the submitted programme will only be accepted in exceptional circumstances.

All auditions (including the Overseas Awards) take place in the Princess Alexandra Hall at Over-Seas House London, except for the Gold Medal Final, which takes place at Wigmore Hall, London.